« Is the groom playing golf?
Love this easy and creative wedding decor! » 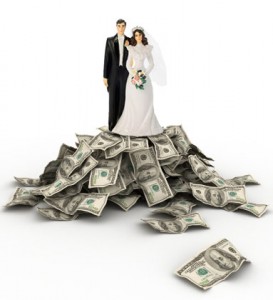 I stumbled across these wedding statistics and thought they were pretty interesting. Enjoy!

Thanks for the guys over at FastCompany for sharing this data.

6 Responses to “13 Interesting Wedding Statistics For 2009”