I am so excited to feature Debra B. from Seattle! Not only did she make such a beautiful bride but she’s also a friend of mine. She was kind enough to share her favorite moments and photos from her big day with us. 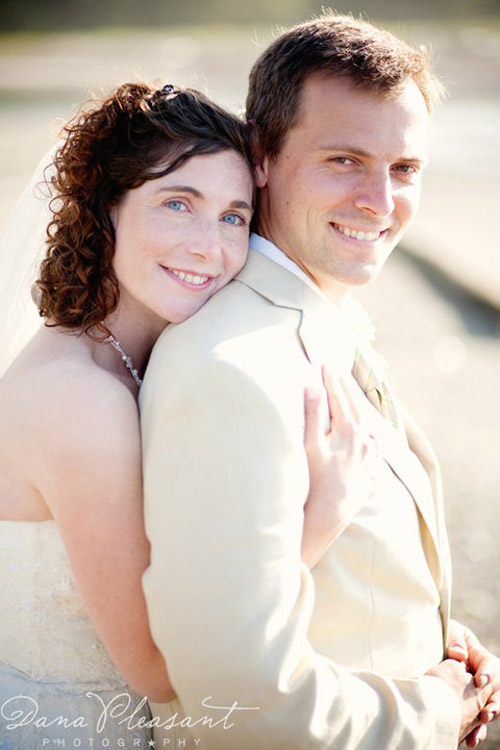 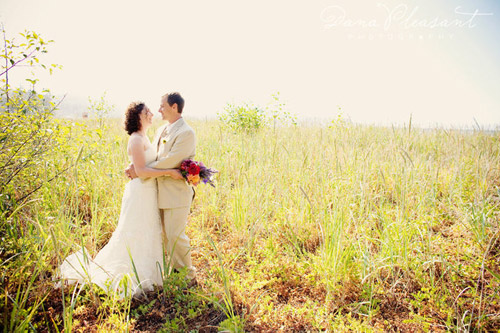 Where did you and your husband meet and how did you know he was the one?
We met on match.com. I knew he was “the one” after a few months of dating. It was once I realized how honest, loving, and trustworthy he was that it really started to become clear. Those traits won me over, and I quickly started to fall for him even more. 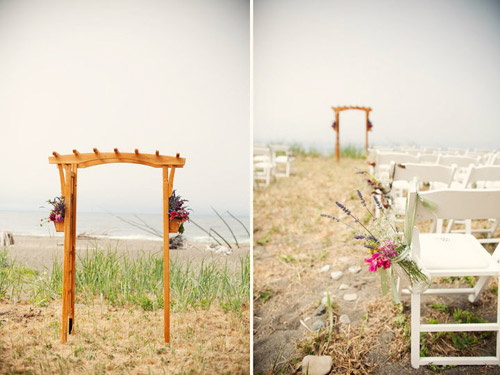 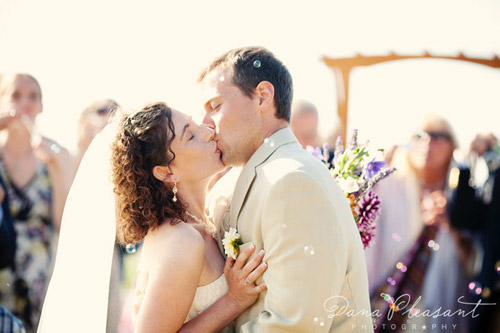 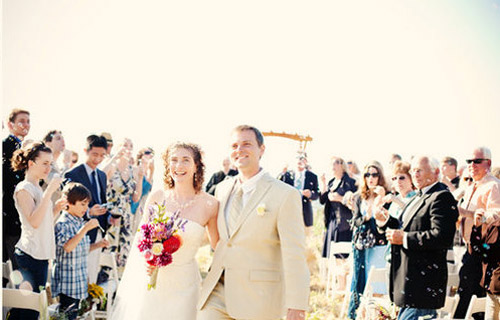 Where and when were you married?
We were married July 30, 2010 in Sekiu, WA – on a private beach on the Olympic Peninusla. 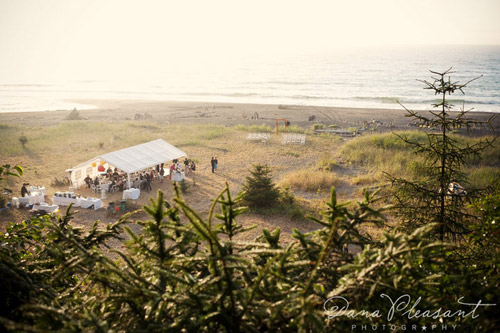 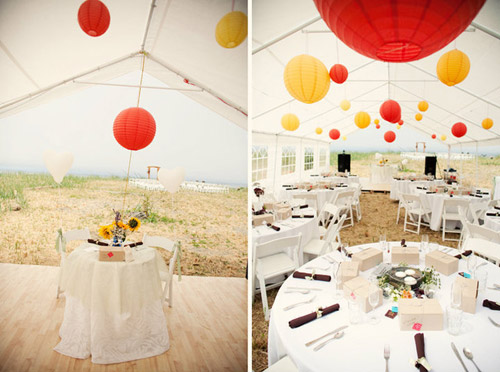 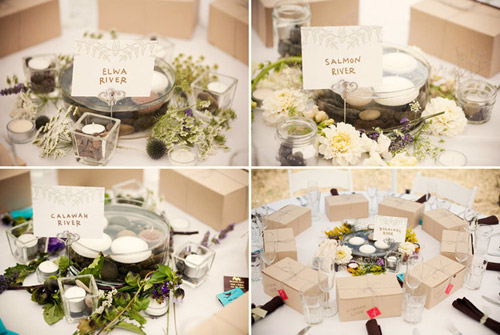 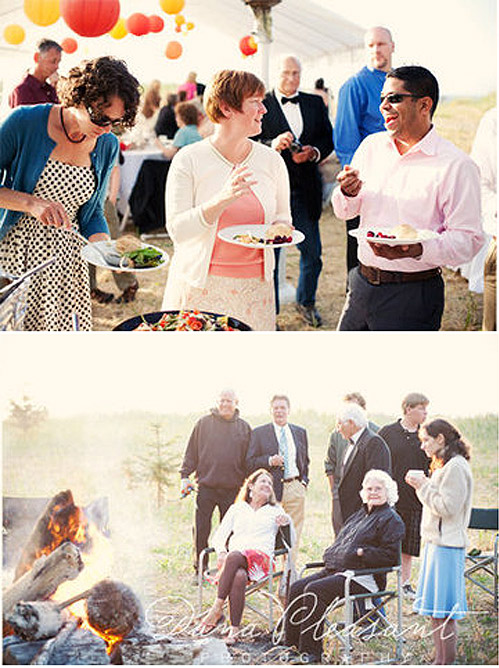 What was your favorite memory of the day?
Having so many of our close friends and family in one spot, enjoying a special day and special place together. 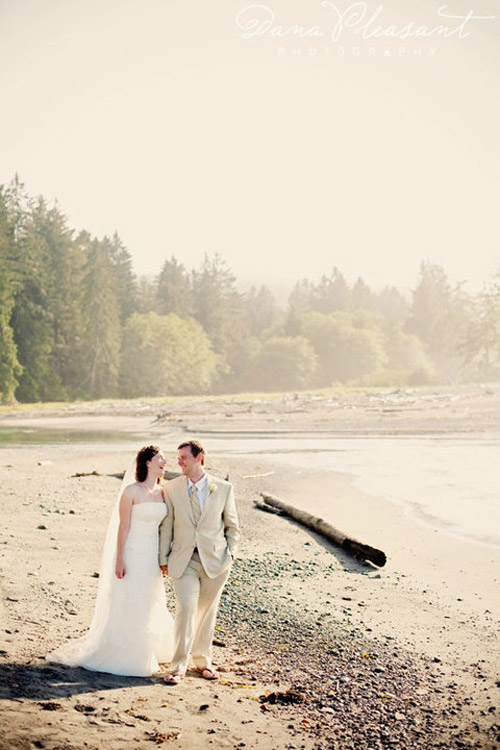 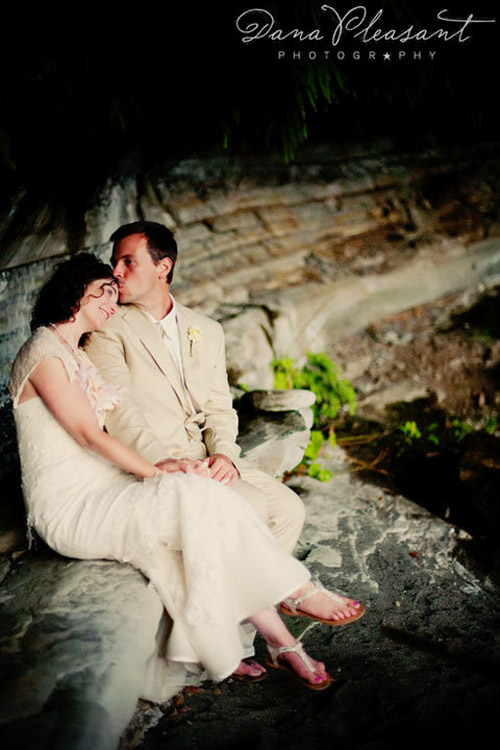 If you could do it all over again is there anything you would have done differently?
That’s a good question! I probably would have hired a crew to do the clean-up the next day! 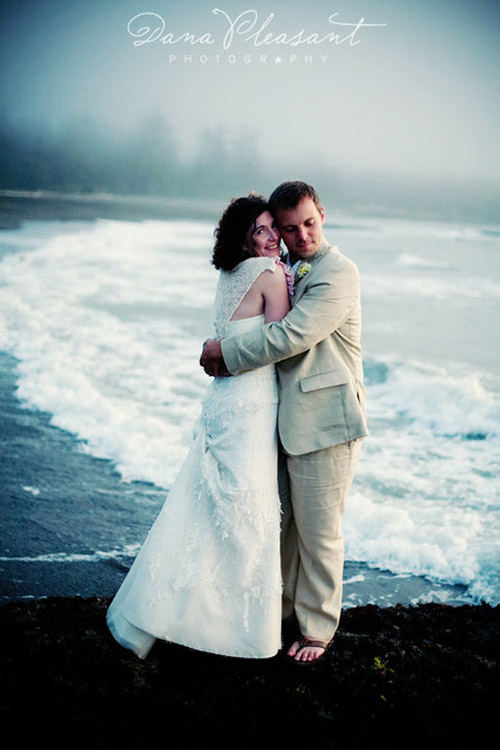 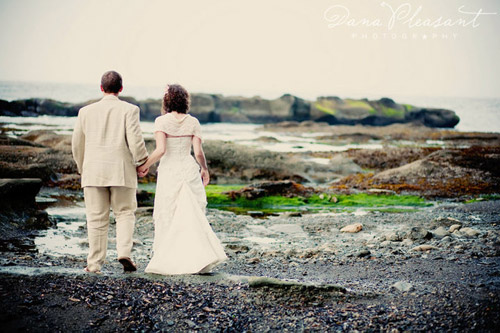 Do you have any tips or suggestions to help brides while planning a wedding?
To save money – DEFINITELY shop for key items on BravoBride and Craigslist. Also, if you can’t find what you absolutely must have on either of these sites, buy what you need new, factoring in the fact that you can make back some of your investment by re-selling them later on BravoBride! We saved so much money by doing both of these things! For example, instead of renting linens, we bought them, which cost the same as renting (roughly $11 per tablecloth), and we were able to sell them after the wedding, collecting half of the money back – which we could have never done had we rented them. 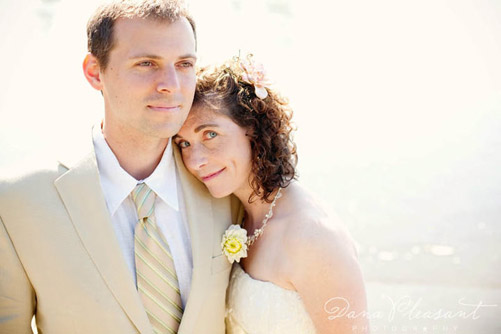 Debra was a true DIY bride and did almost every little detail herself. Her stunning photos are by Dana Pleasant Photography. Dana is shooting Debra’s maternity photos next month too! Thanks again Debra for sharing your beautiful day with us!