Congratulations to Jennifer Aniston and Justin Theroux! Hollywood’s favorite single girl finally tied the knot with her longtime boyfriend, Justin Theroux this week. There’s nothing like a little celebrity wedding to kick off the weekend. We’re also going to use this opportunity to compare her bling from ex Brad Pitt and current hubby, Justin Theroux. Not only did Aniston knock one out of the park through scoring two gorgeous men, she also scored by finally finding the love of her life in Theroux, not to mention the rock he gave her to prove it! 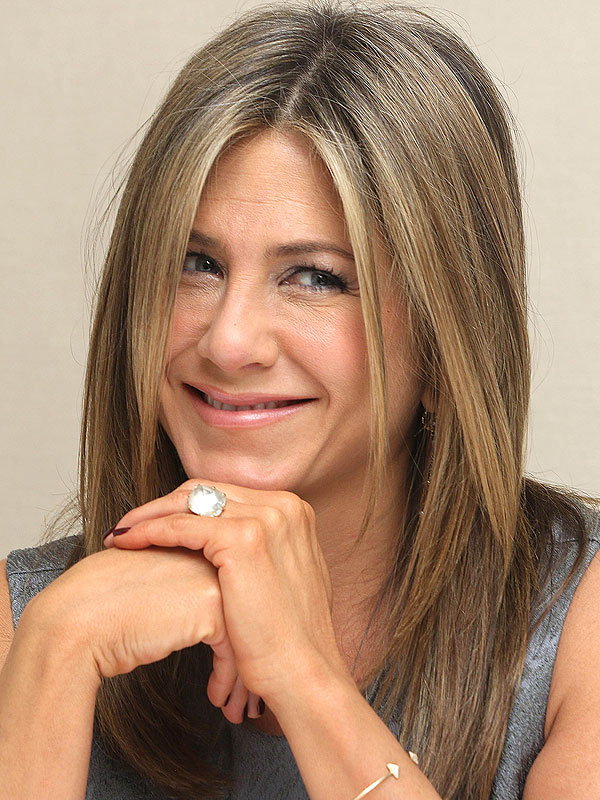 Theroux proposed to Aniston in August of 2012, and after three long years of enjoying being engaged, they finally tied the knot! Theroux proposed to Aniston with an eight carat, circle cut engagement ring. Although Aniston admitted that it took her awhile to get used to her “rock” from Theroux, we couldn’t imagine her wearing any other type of ring. The simplicity of the diamond along with the band allows Aniston to still shine on her own like she always has.

After calling it quits five years into their marriage, Aniston traded in her unique wedding ring for something a little more sparkly. Brad Pitt proposed to Aniston in 1999, but couldn’t manage to keep their marriage afloat for a variety of reasons. Pitt customized a $500,000 ring for his ex-flame, but ended up remarrying to Angelina Jolie years later with a ring valued at half the price of Aniston’s, spending money on their six children could also be a reason as to why the cost is so different.

No matter the ring, we’re happy Aniston finally found her happily ever after to Justin Theroux. Congratulations to one of our favorite Hollywood couples!