This is a unique way to start your new life together 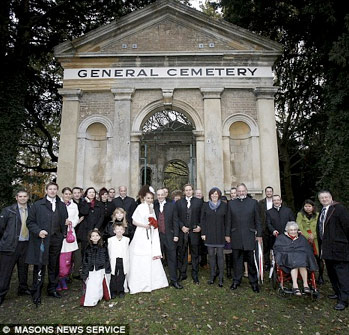 Samantha Smyth, 25, and Paul Adams, 33, became the first couple in the UK to get married in the graveyard of a cemetery. The couple had originally planned to get married at the unlikely venue but realized it would not be legally recognized so they decided to fulfill their dream by having a blessing in their local cemetery eight months after their ‘legal wedding’ which took place in a traditional registry office.

The marriage blessing took place at Wisbech General Cemetery on Saturday November 14th and was performed by a Spiritualist minister in front of 40 family and friends at the four-acre site’s ancient stone chapel.