« 5 Ways to Include the Mother of the Groom
What’s New on Bravo Bride! »

When you are throwing a wedding on a budget the guest list is super important. With each guest you invite you have to provide have food and drinks, which adds up. Your guest list is a great place to save money on your wedding budget. Here are a few tips and tricks for cutting your guest list:

When it comes to making your final guest list start small and work your way up. There are two common methods on how to rank people by lists. The first is by creating an A list and a B list. The A list is the people you can’t imaging not being there to watch you say “I do”. These people are the most important people to you. The B list is the list of people that you would like to have there but if they aren’t it wouldn’t be the end of the world. After you decided who will be on the B list rank everyone on it in order of who you want to be there to the most to the least. This will make it easier on you later when switching people over from the B list to the A list.

Another great set of lists to help you decide who to invite is by creating an want list, and should list, and a could list. A want list is all the people who you want to share your special day with. The should list is all the people who you don’t necessarily want to be there but you feel obligated to invite them. Then the could list is similar to a B list is is people that you wouldn’t mind if they were they but you don’t need them there. This is a great way to figure out who you should but on the final list and who you should leave off.

Giving every guest a plus one will add up very quickly. One great way to cut your guest list is to cut or limit the plus one’s. Don’t feel obligated to give a plus one to your second cousin that you had to invite unless they fall under one of these plus one rules. Give a plus one to those who have a husband/wife, are engaged, are in a  long term relationship (1 year +), or live together. This will allow you to not hurt feelings but also limit your guest list.

3. Don’t invite them just because you feel obligated 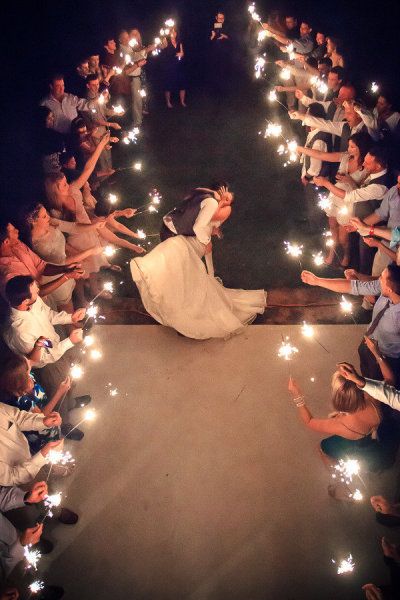