« Fabulous Find – Ice Milk Aprons
All Ruffled Up Over Ruffles! »

When the topic of marriage comes up in a relationship your first thought might be ‘when is he going to propose’ and then, ‘how is he going to do it’? We recently came across the $10,010 Pizza Hut proposal (more about that below) and it got us thinking about what other really bad ideas are out there. For your cringe-worthy reading enjoyment, here’s our list of the top 5 worst wedding proposals. 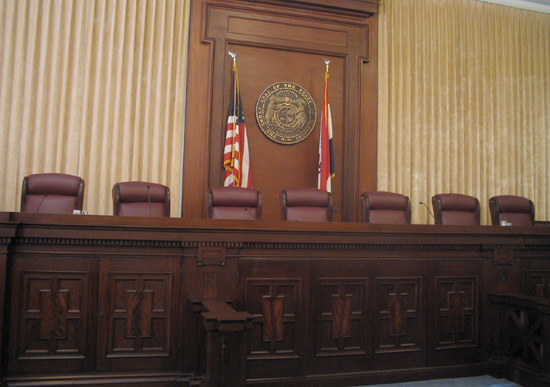 In January of this year, Nicole Osbourne stood in front Judge Stephen J. Dougherty facing a felony assault charge. Ironically, this same judge was also presiding over another matter, a domestic violence case with her boyfriend Theodore Murphy. It was at this time that Murphy decided to interrupt the arraignment and pop the question. The judge amended the court-issued order of protection directing Osbourne to have no direct or third-party contact with Murphy so that Osbourne could tearfully say ‘yes’. You can read the full story about this very unromantic proposal here.

2. On the Ellen Show

Proposing on TV might seem like a good idea until it doesn’t go as planned. There’s speculation that this was a hoax but it looks pretty real to us. Click here to watch what happened. 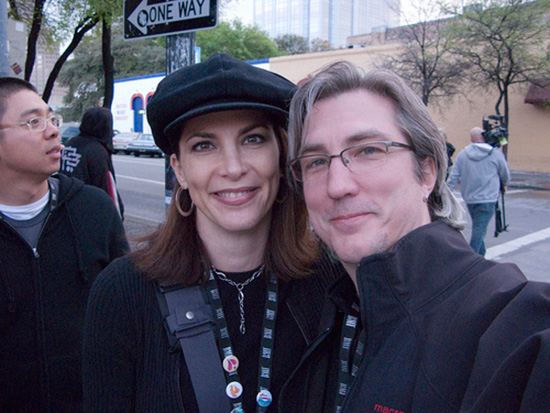 This had happened several times since but Stephanie Sullivan is the first woman to accept a Twitter marriage proposal. Her boyfriend, Greg Rewis, proposed to Sullivan via Twitter shortly before midnight March 2, 2008.

“@stefsull – ok. for the rest of the twitter-universe (and this is a first, folks) – WILL YOU MARRY ME?”

Sullivan’s reply: “@garazi – OMG – Ummmmm… I guess in front of the whole twitter-verse I’ll say — I’d be happy to spend the rest of my geek life with you.” In a techie way, it is very sweet. 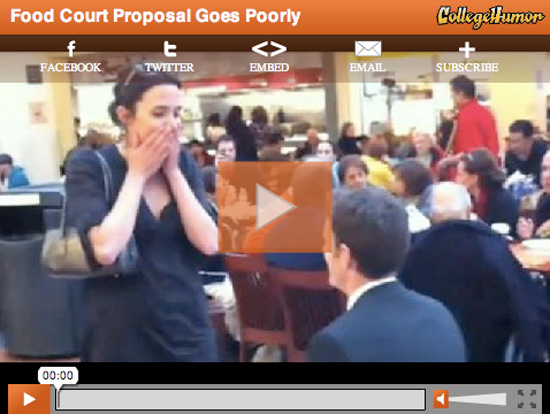 The only thing you should be doing at the mall food court is quickly eating your Sbarro’s pizza so you can get back to shopping. It’s certainly not a place to propose to your girlfriend. Watch this terrible idea play out here. 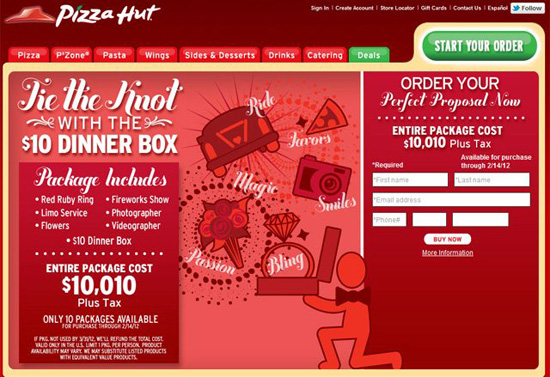 Speaking of pizza, this is probably the worst proposal idea we came across. Pizza Hut ran a promotion last month for ten “pizza-loving lovers” to win the chance to spend $10,010, on their $10 Dinner Box Proposal Package. The proposal package included, one ruby engagement ring, limo service, flowers, fireworks show, photographer, videographer and a $10 dinner box (one medium one-topping rectangular pan pizza, five breadsticks with marinara sauce and 10 cinnamon sticks with a sweet icing cup).  I don’t know what’s sadder, that fact that one of the biggest moments of your life is coming from Pizza Hut or that the dinner box pizza only includes one topping. You’d think they could have least thrown in a veggie or meat lovers option.